­
Cookies help us deliver our services. By using our services, you agree to our use of cookies.

Part of the Paris Fintech Forum Communities program for 2021, this podcast focus on Fintech founding myths from the pioneering innovators, entrepreneurs and investors who turned their disruptive visions into reality.

Hosted by broadcaster Elliott Gotkine the F in Tech podcast lifts the lid on fintech founders whose journeys of genius - and despair - are changing our lives, mostly for the better. 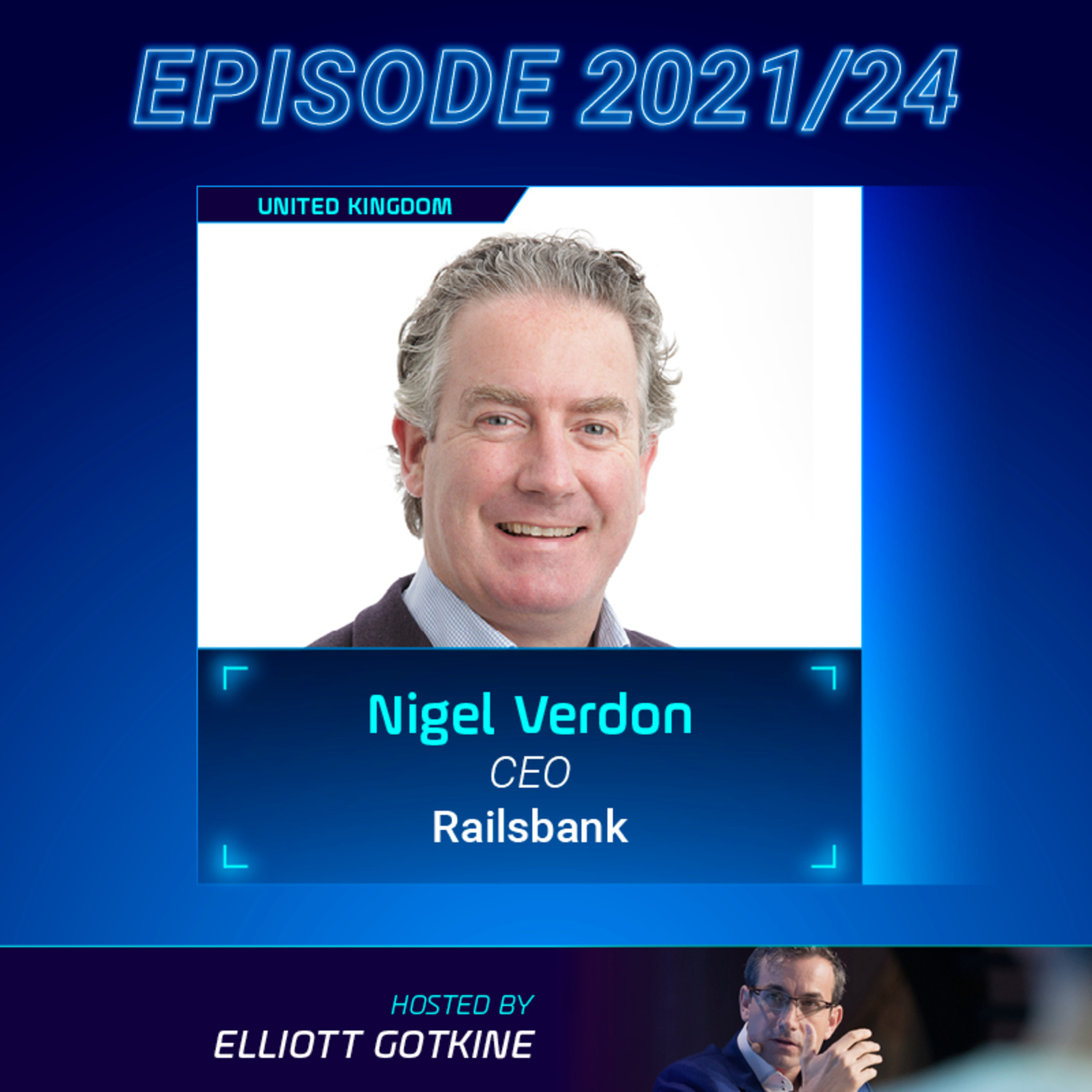 Entrepreneurs often describe multiple existential challenges hitting them at the same time as a perfect storm. But Nigel Verdon, CEO of banking-as-a-service platform, Railsbank, must surely be the only fintech founder to have gone through one in the literal sense. Of course, being able to keep calm in such trying circumstances can give you perspective... 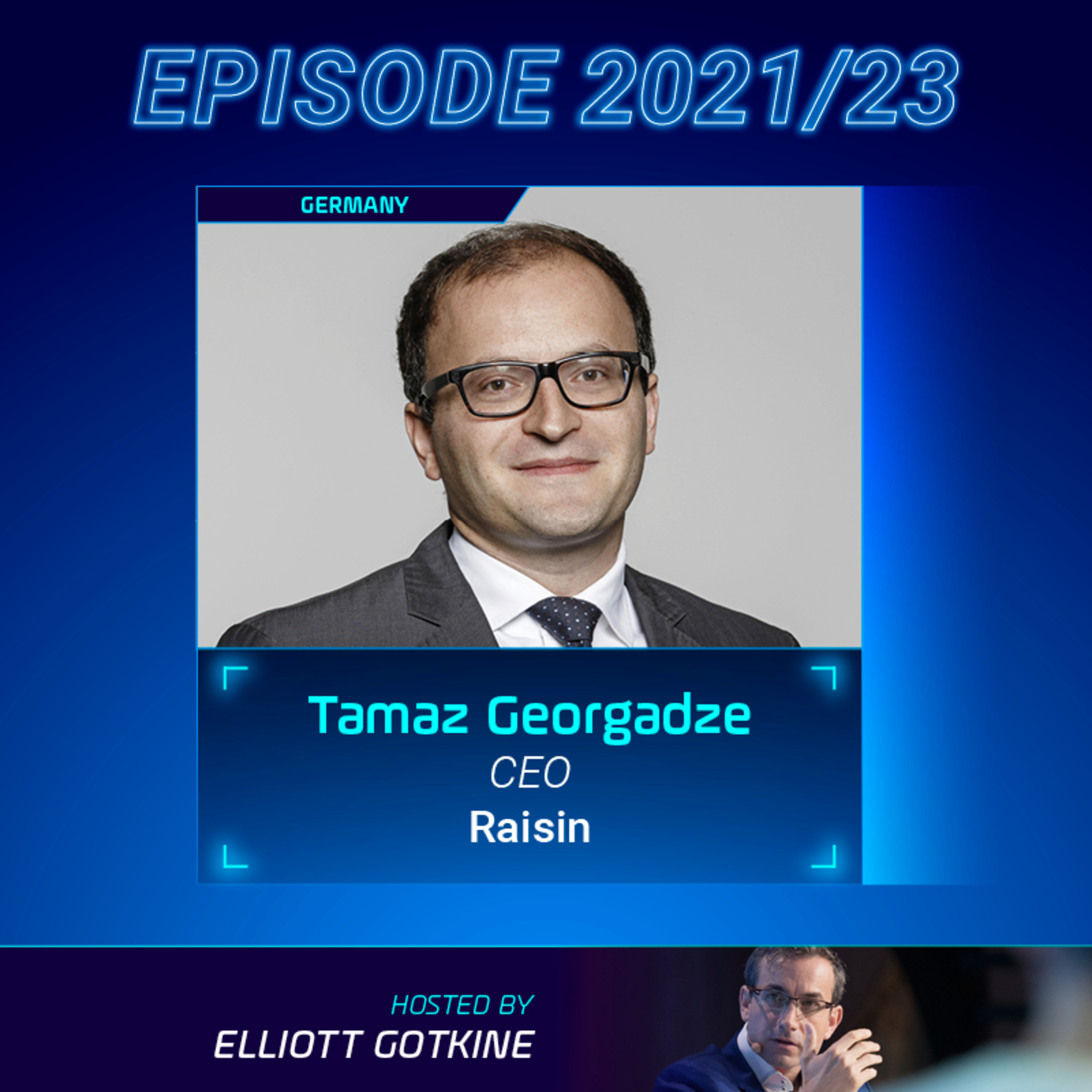 Tamas Giorgadse was a chess prodigy who survived civil war and hyperinflation. He finished school aged 12, and completed his masters three years later. He moved to Germany, gained two PhDs and went to work for McKinsey. Next, he co-founded Raisin, Europes leading platform for savings and investments. Already a unicorn, the fintech recently announced... 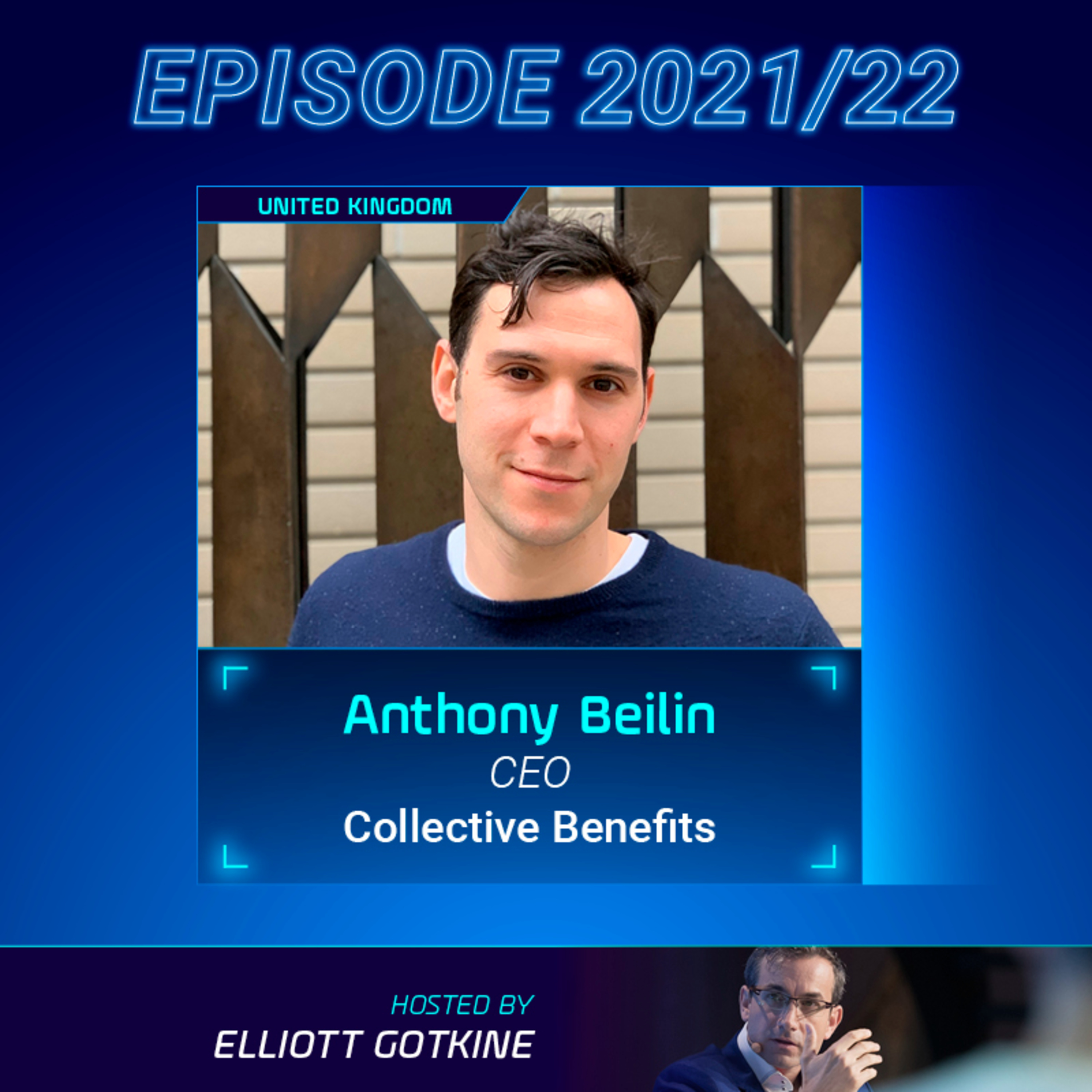 A back injury - possibly caused by some overexuberant dancing at a wedding - put Anthony Beilin out of action for six months. Luckily, he worked full-time, at Aviva. His income didnt suffer, and he received all the physical and emotional help he needed. But when a contractor friend came to see him - and told him of his loss of income and benefits... 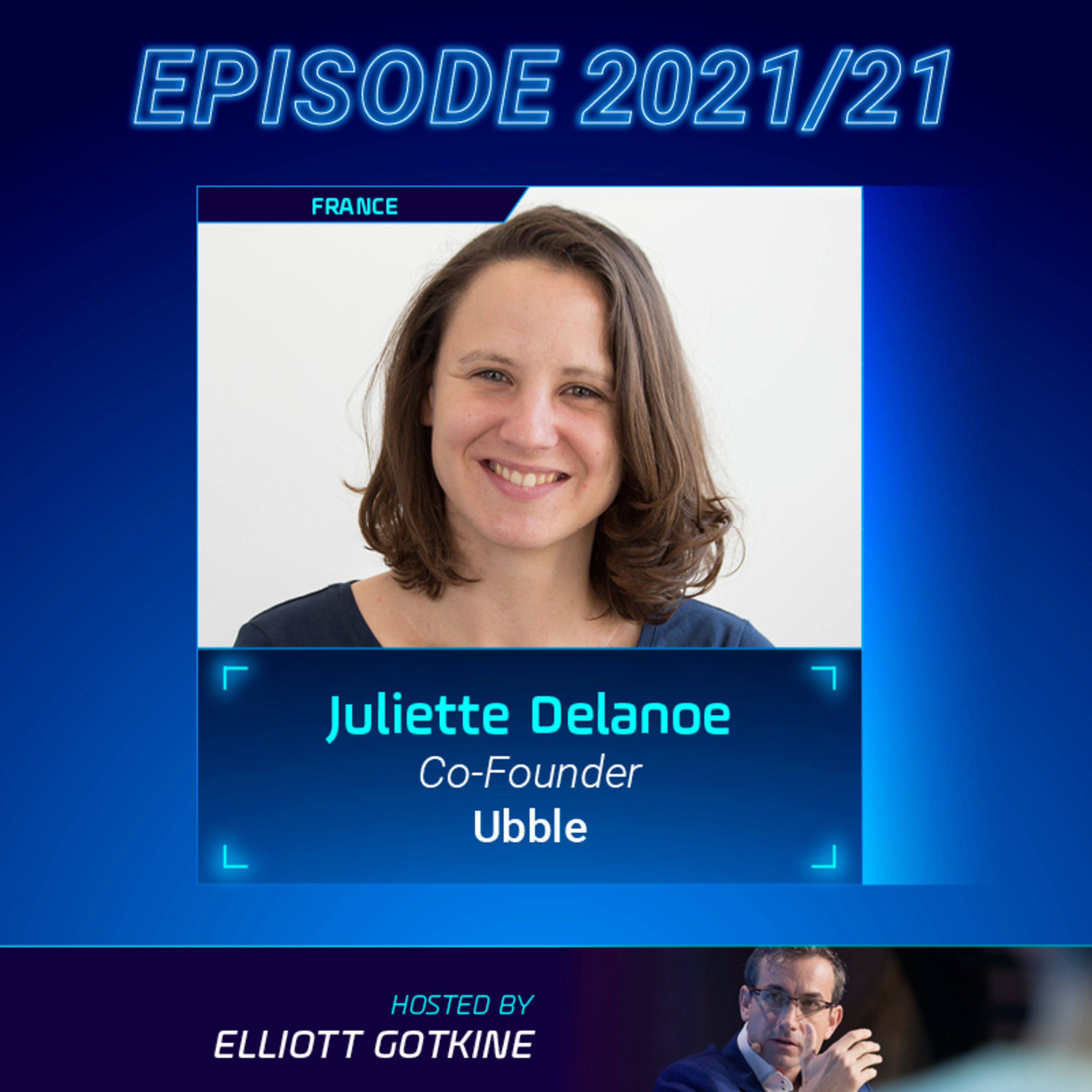 A lunch, an idea and a co-founder she trusted were all it took for Juliette Delanoe to leave her job at Thales to create Ubble, a (for now) French-focused, web-based identity verification startup. As with so many digital-first businesses, the past 12-18 months have been a boon; banks and financial institutions account for more than half the company... 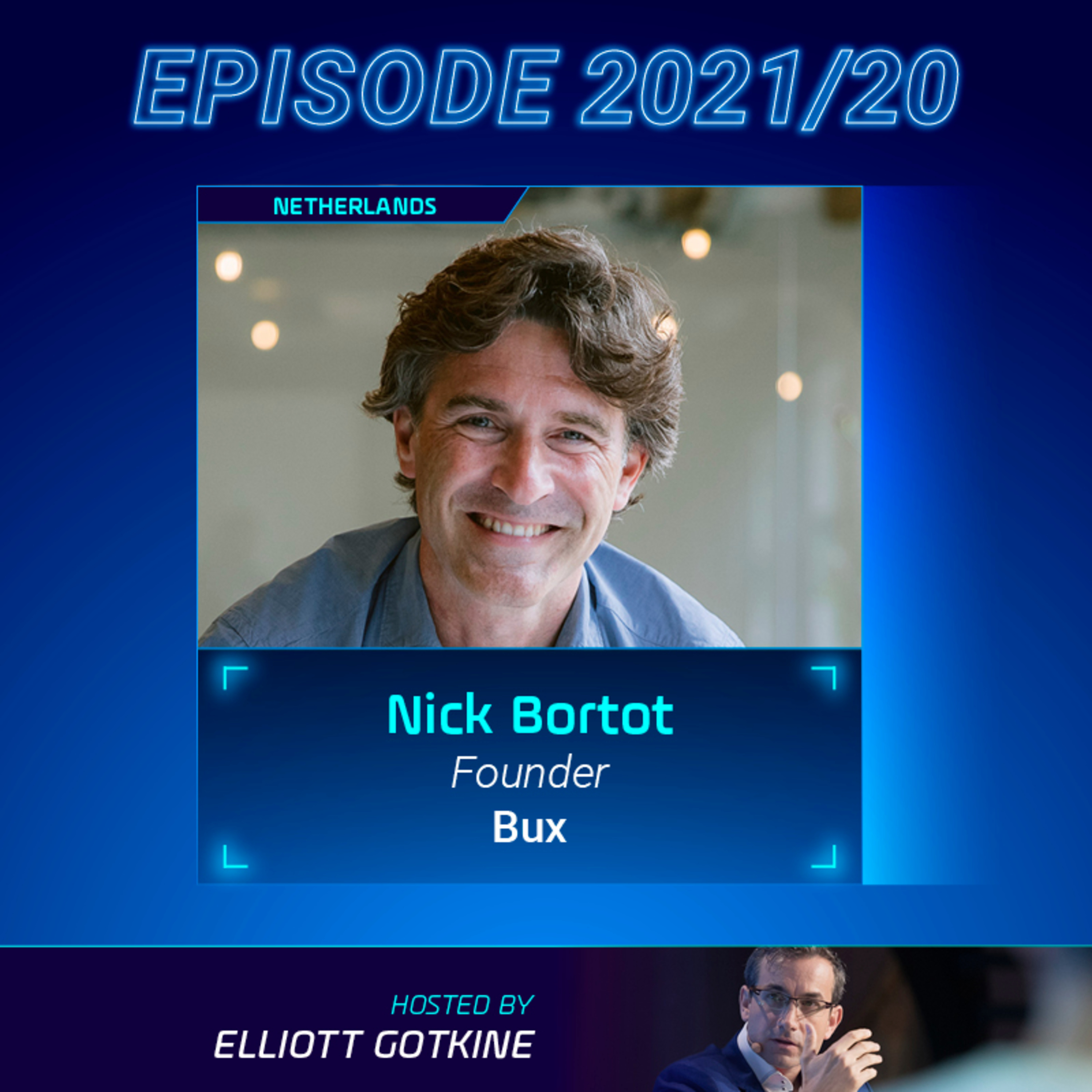 When he was fired by Citi in 1999, a young Nick Bortot received some friendly advice from his soon-to-be ex-boss: dont get another job in finance.  Yet thats just what he did, joining the Netherlands first online broker, before helping to build BinckBank into the first Dutch fintech unicorn. In 2013 he founded BUX, a pan-European trading platform,... 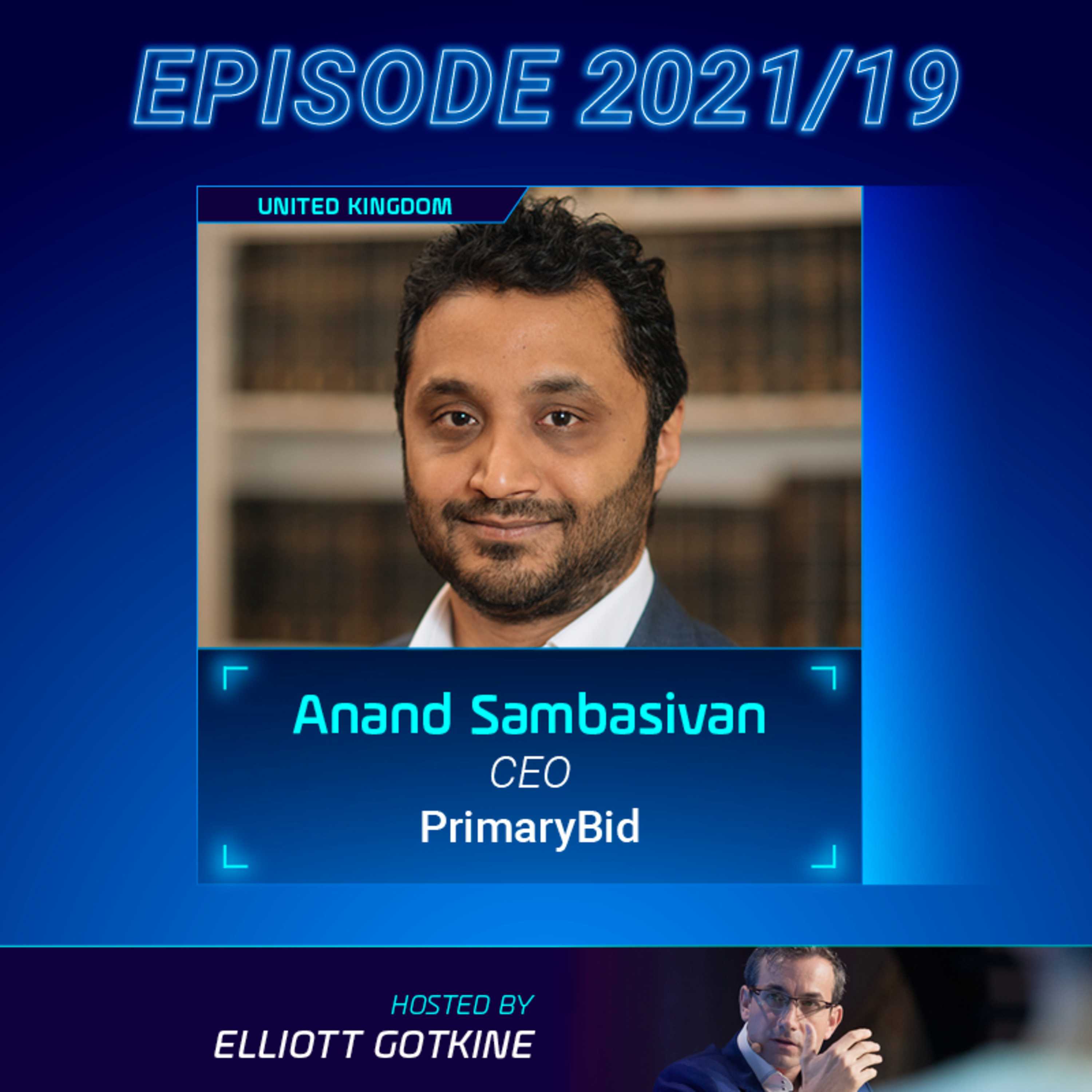 Born in Bombay, and raised in Singapore, Anand Sambasivan was destined to be a doctor - till it turned out he wasnt very good at medicine. He went into investment banking and then set up a hedge fund, where he had privileged access to IPOs and other share offerings. But he didnt think it was fair. So he founded PrimaryBid to level the playing field.... 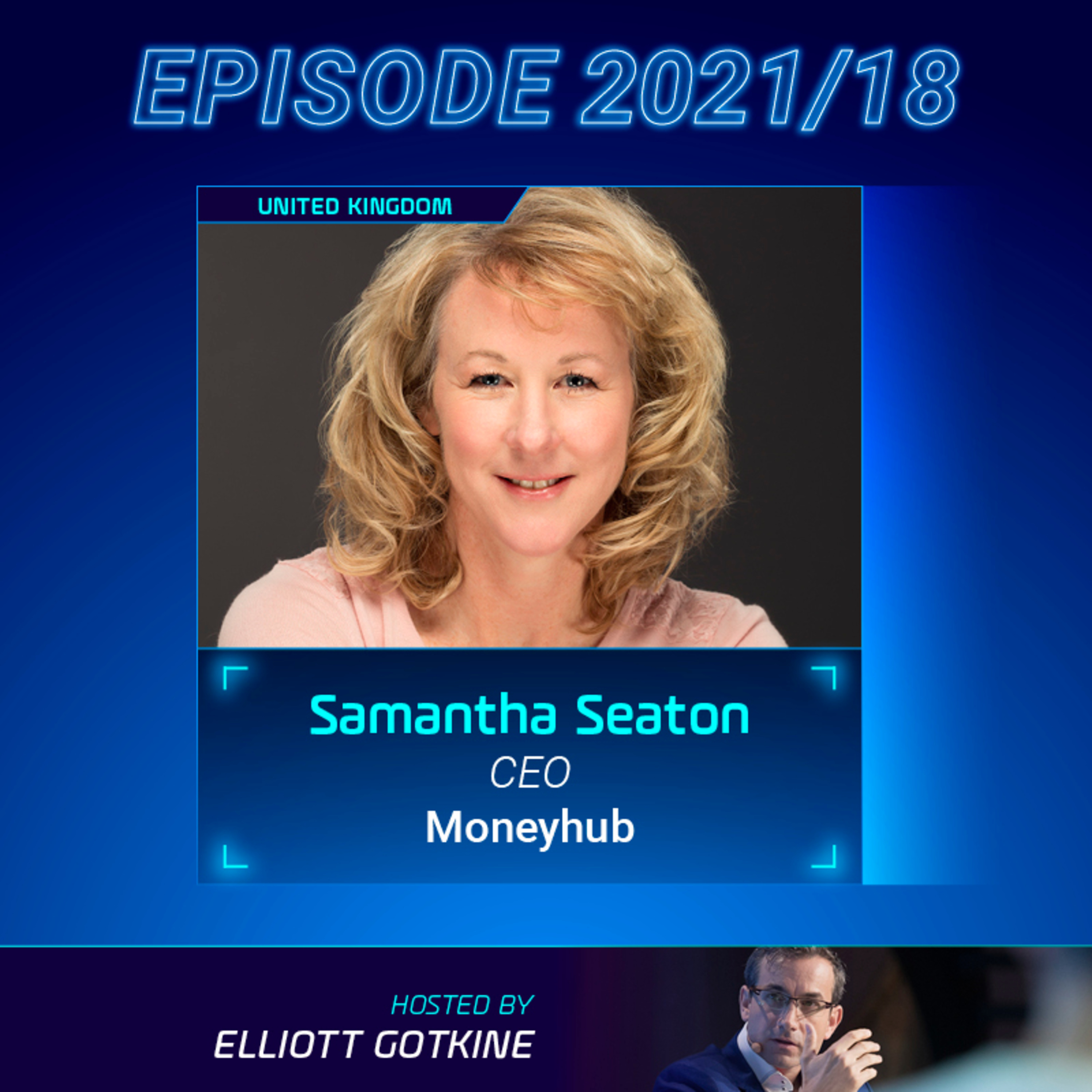 Sam Seaton was an eventing champion. She flew around the world with her horse in the hold. But after failing to make the Sydney Olympics team, and realising the demands on her and the horses were not what she wanted, she turned her hand to consulting. A management buyout (MBO) of stochastic forecasting company, eValue followed, before another MBO,... 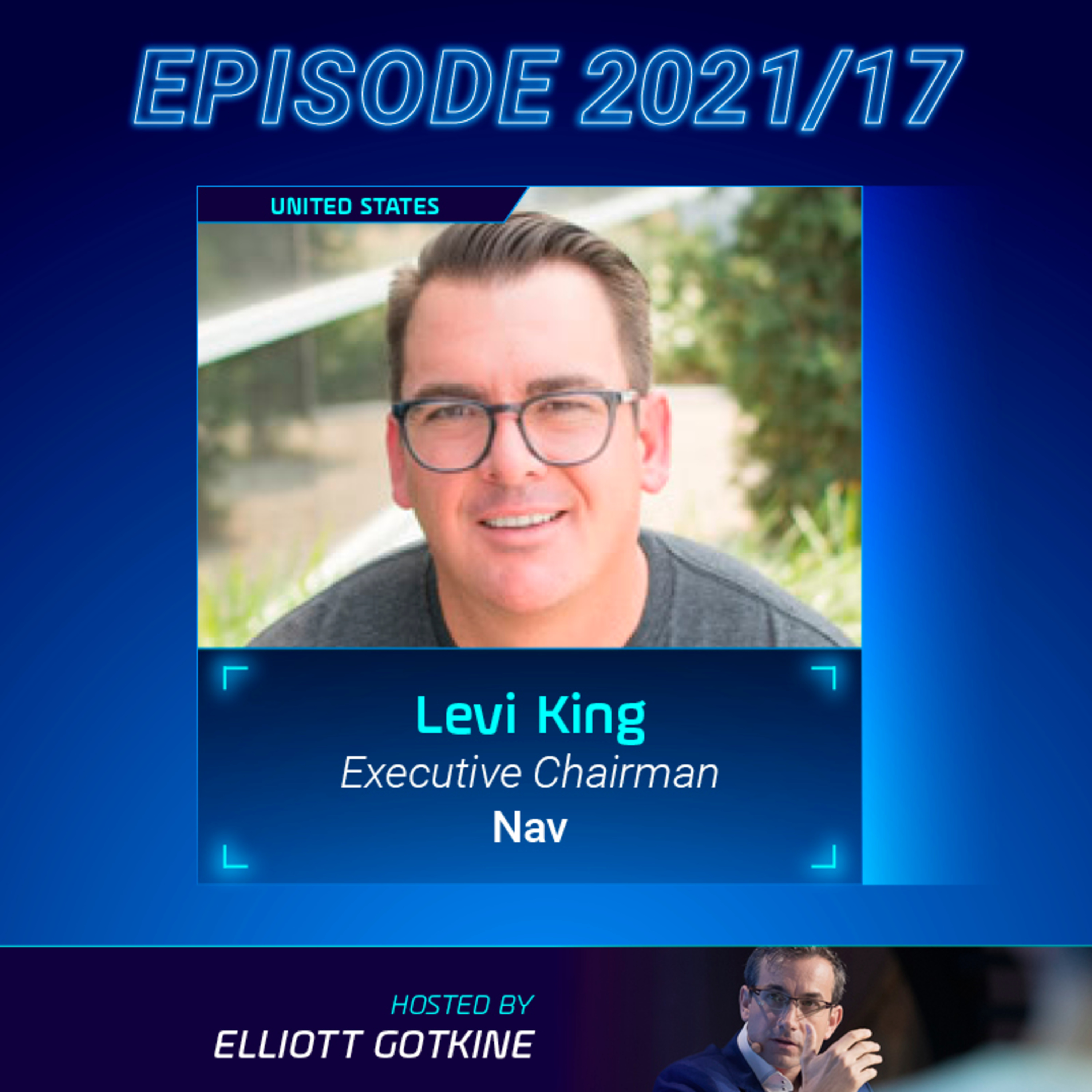 Farmer. Missionary. Electric sign salesman. Hotelier. And most importantly - for our purposes, at least - founder of not one, but TWO successful fintechs. First came SME loan-broker, Lendio. And now NAV, a business financial health platform - matching small businesses with the best loans available, and helping them improve their risk profile, to... 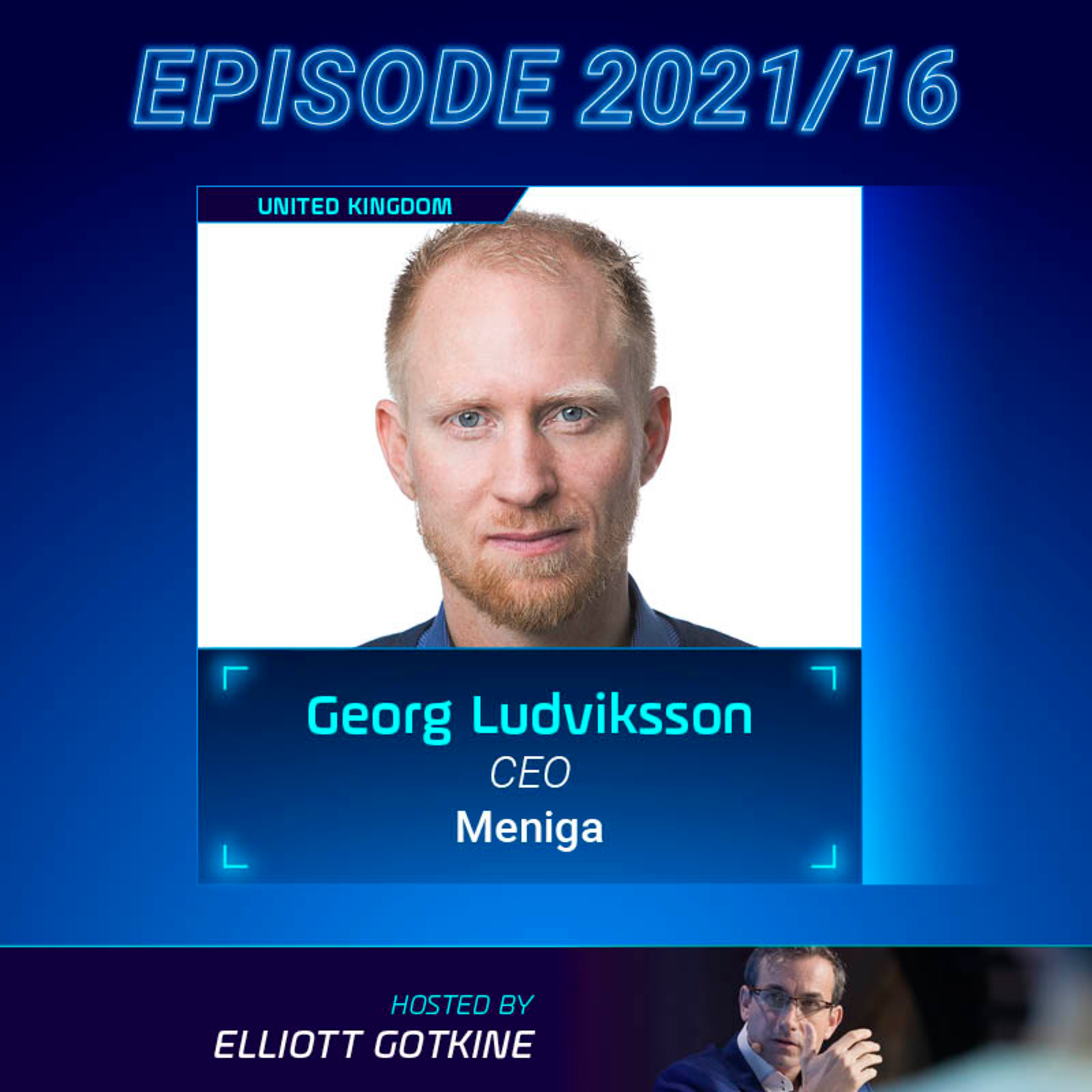 Georg Ludviksson was once Icelands top mathlete and creator of a Tomb-Raider-topping video game. But it took the global financial crisis to help turn his fintech, Meniga, into reality. The company is an innovation partner for some of Europes biggest banks, such as Santander and Unicredit, enabling them to provide customers with advanced digital... 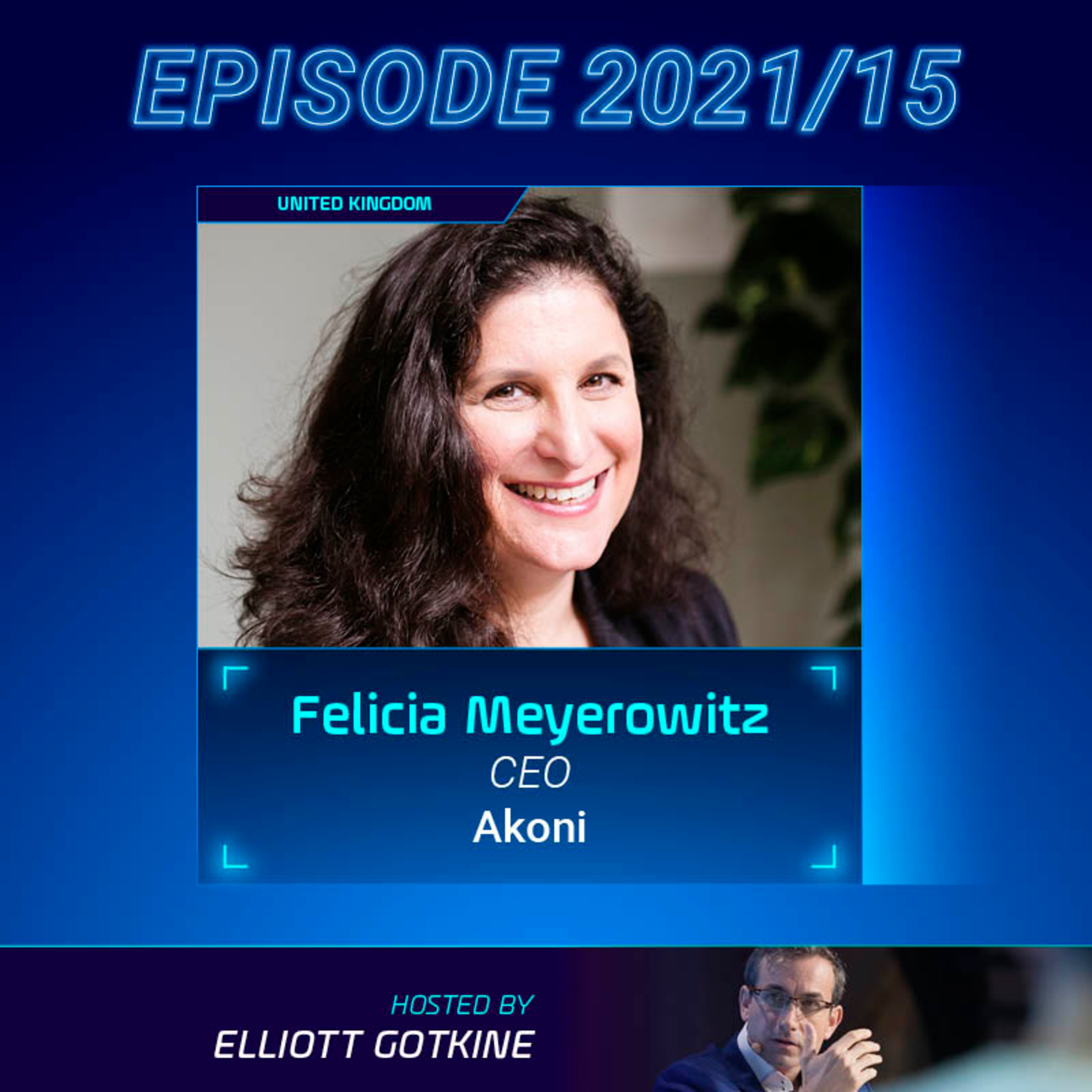 If you can switch financial assets, like stocks and pensions, super easily, why cant you do the same with the bank that holds your cash? This germ of an idea prompted Felicia to found digital cash platform, Akoni. Along the way, she set up a micro-credit startup in India, and co-founded Hive Founders, to help other female founders to follow in her... 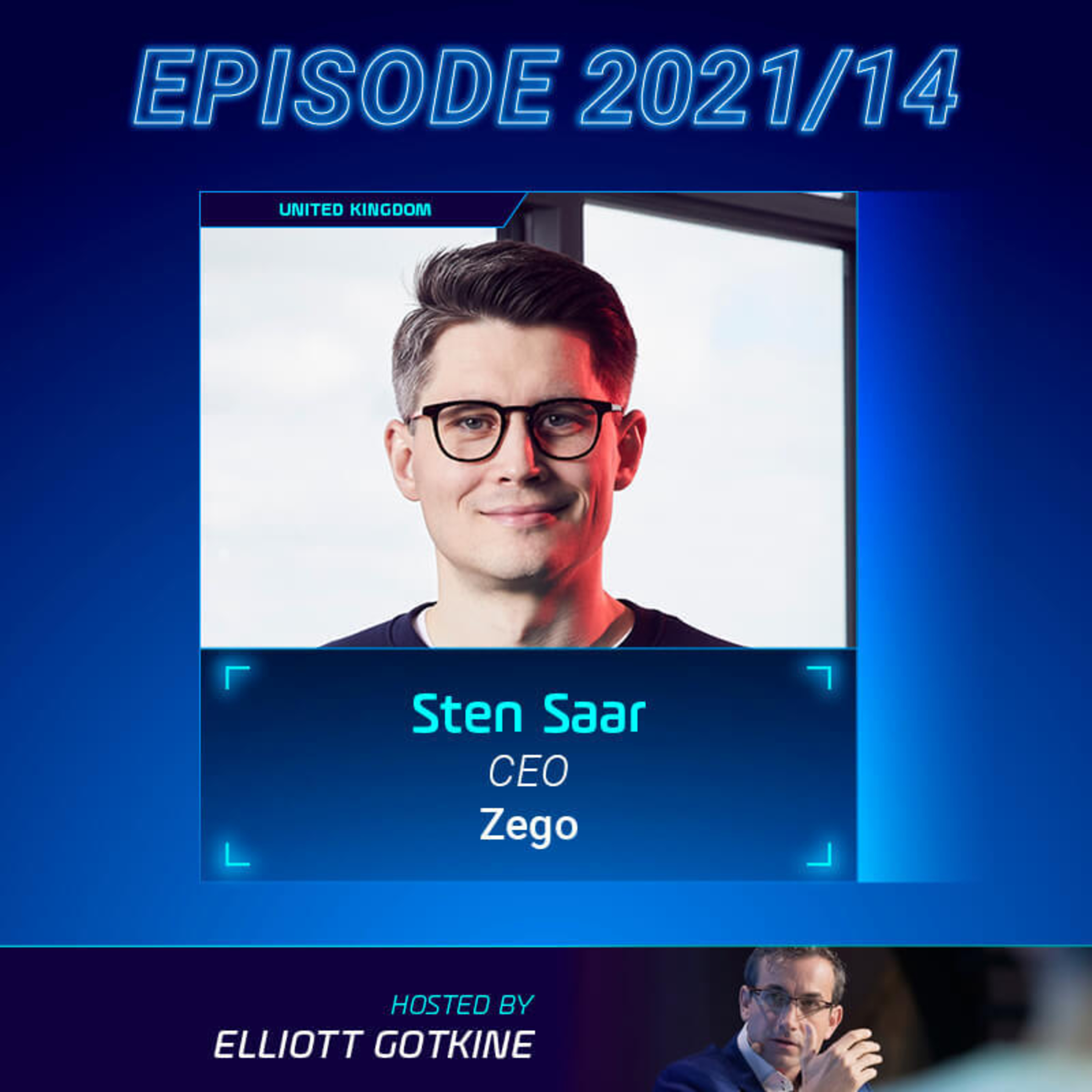 There's no ego in Zego! And so when Estonian-born Sten Saar replaced his co-founder in the top job, there were no recriminations. Instead, the insurtech, which offers policies from 1hr to one year, has boomed, becoming, after its most recent fundraising, a "reluctant" unicorn. It's not Sten's first success: he founded his first company - notepads... 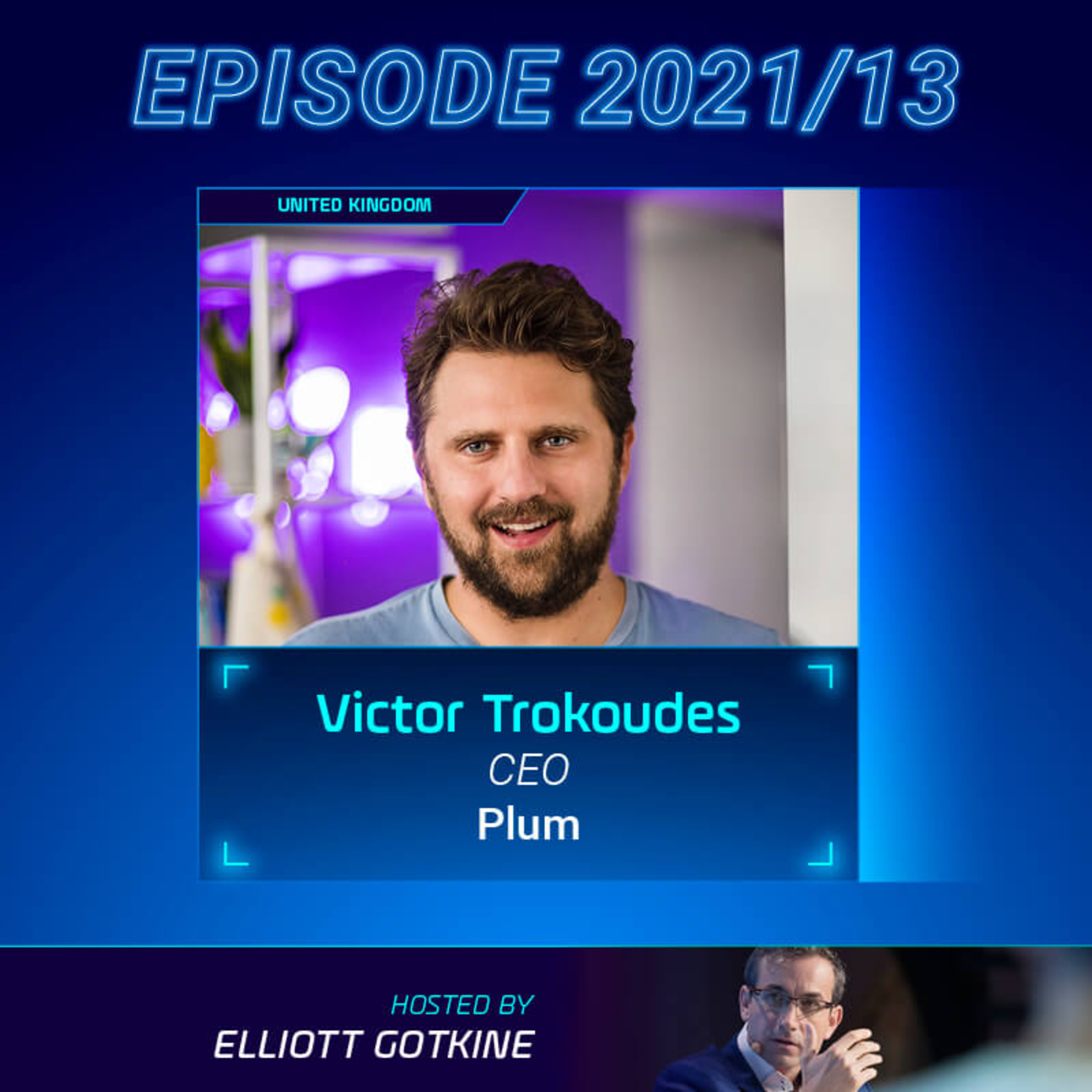 In his early 30s, Victor Trokoudes was a man without a plan. He was also a man with no savings, and a father who kept nagging him to do something with his money. What should such a person do? Why, co-found and run a fintech that enables people to save and invest without having to think about it, of course. Plum is young, but its already on track... 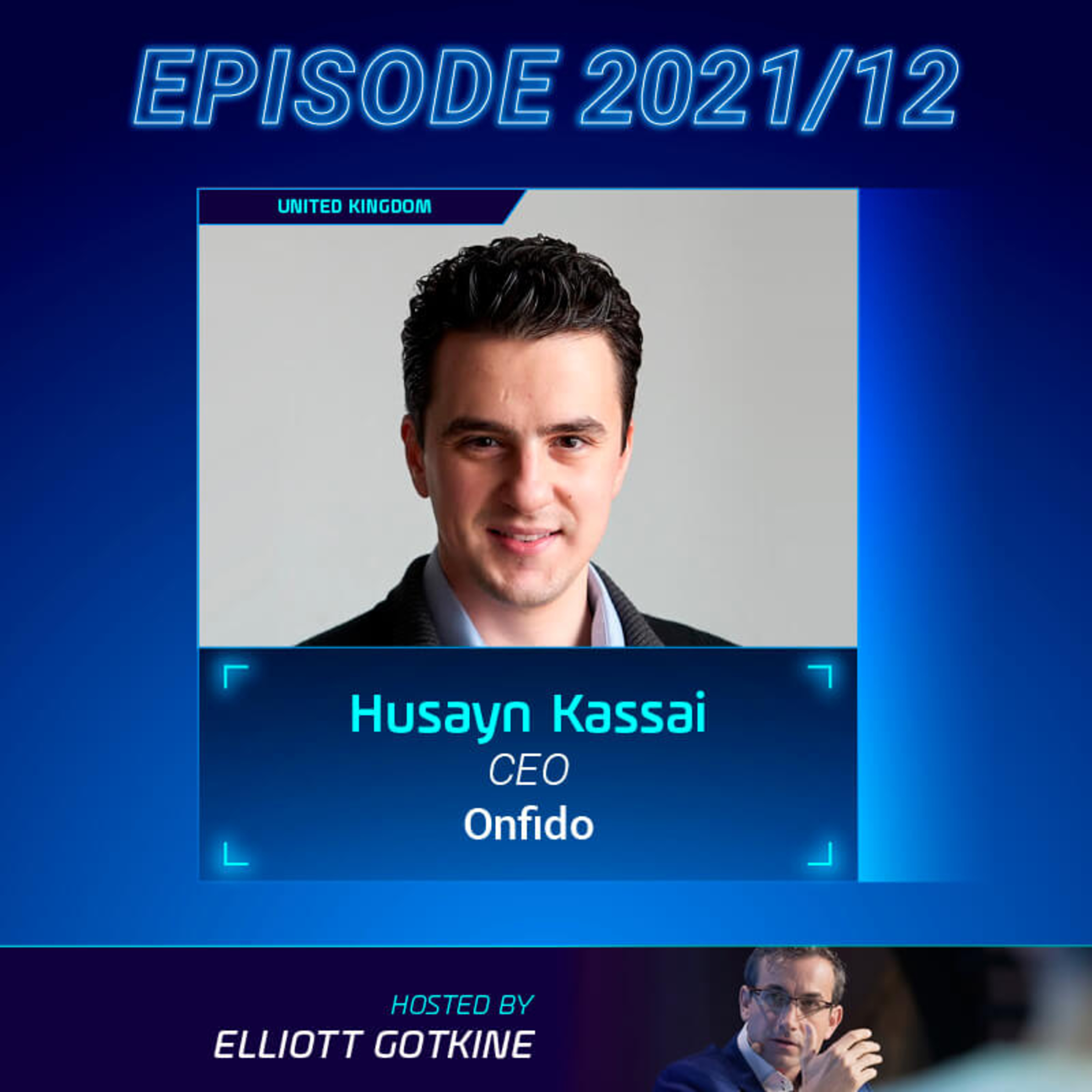 Aged 10, and freshly arrived in the UK, Husayn Kassai watched his parents struggle to prove their identity. A couple of years later, he borrowed his sisters ID to set up an eBay business that did a roaring trade selling CDs online. These two experiences helped plant the seeds of the idea that, a decade later, would become Onfido, a global leader... 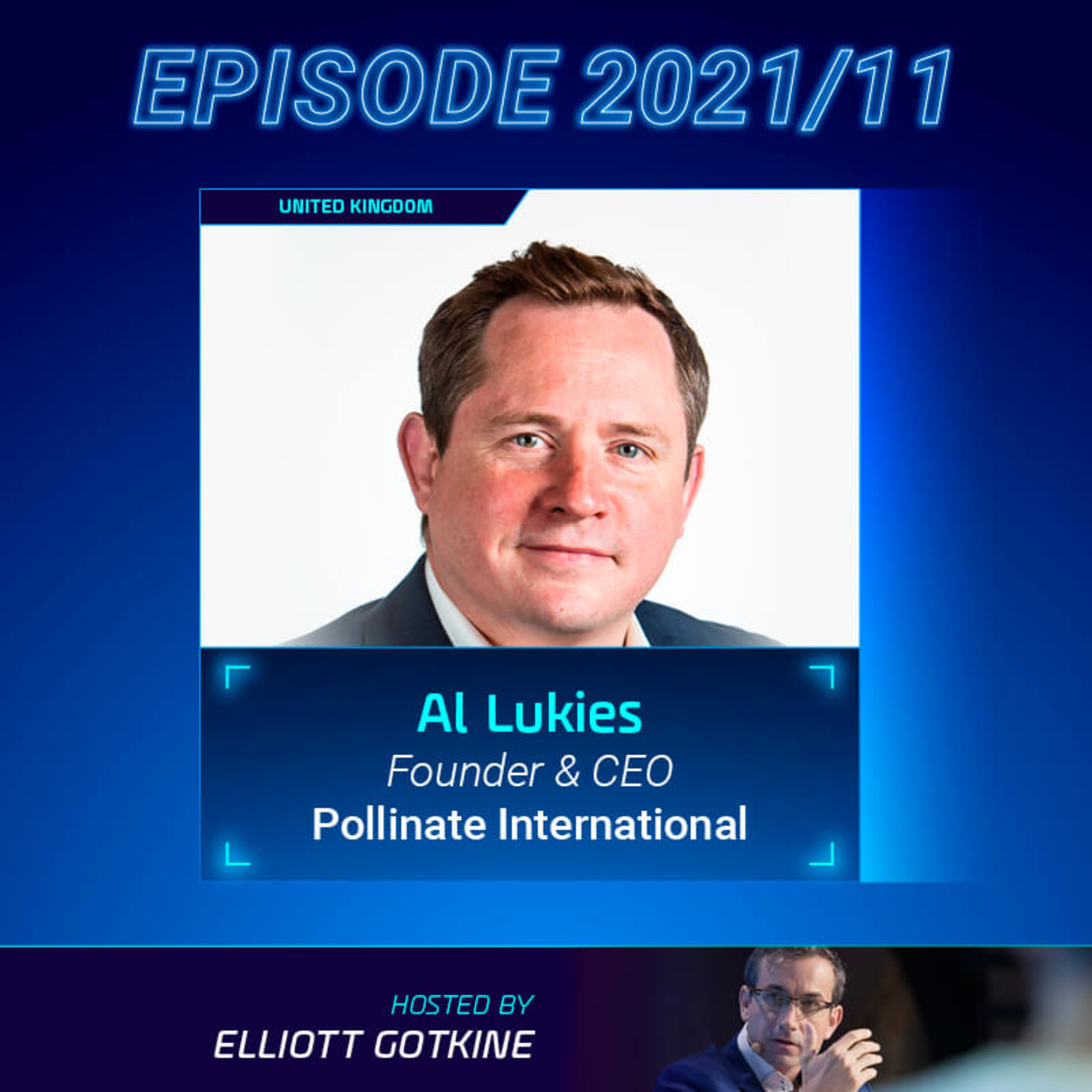 Running a fintech is apparently just as challenging as playing professional rugby. Al Lukies should know - hes done both, though he only broke half the bones in his leg with the latter. His first attempt - Monitise - hit a market value of some 2 billion at one point. After a stint as the UK Prime Ministers fintech ambassador, he went on to found... 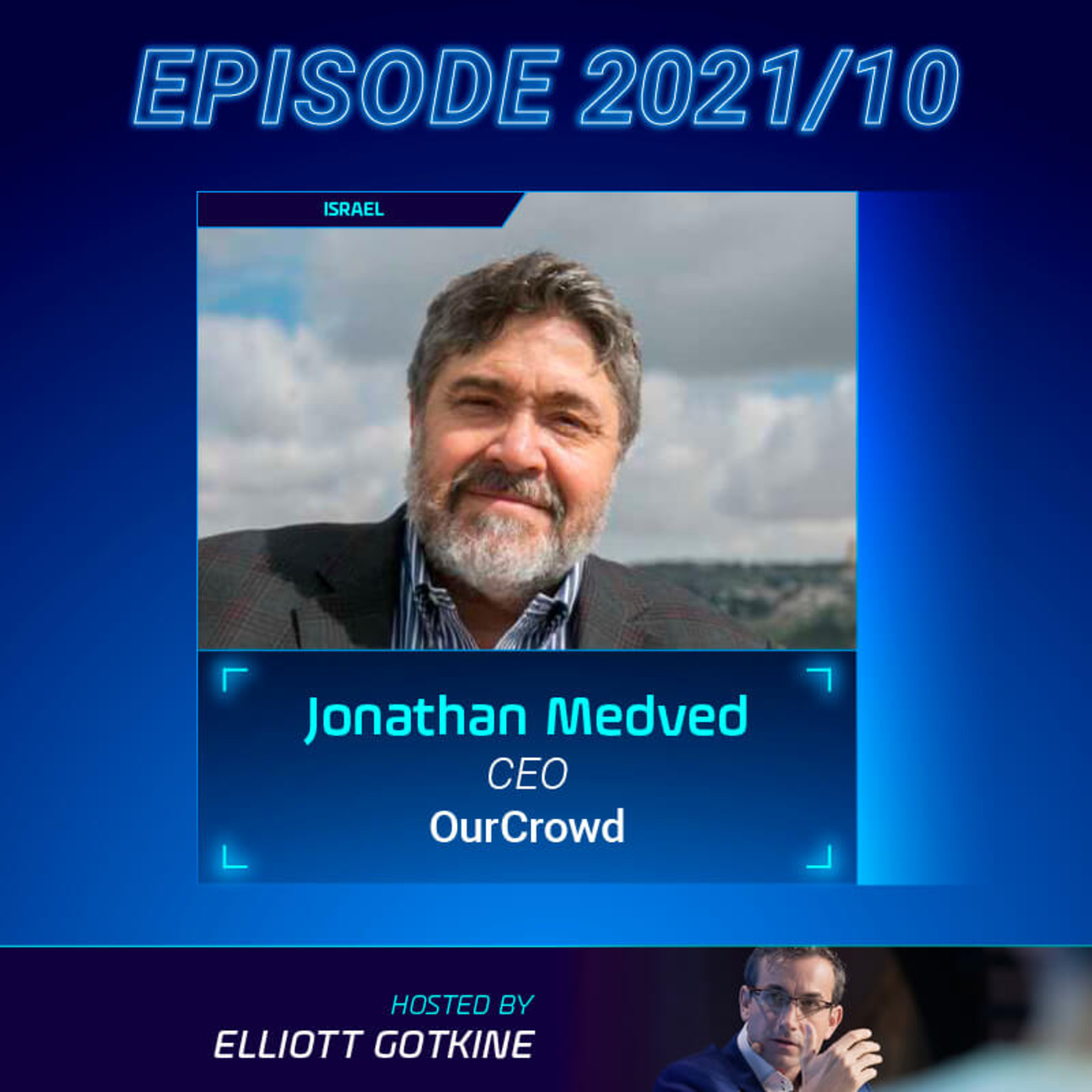 Already well-known as the worlds biggest cheerleader for Israeli tech, Jon Medved set up OurCrowd in 2013 to enable retail investors to get the same kind of access to tech startups that he had as a VC. In this sometimes riotous podcast, he reveals that on one occasion one Marc Benioff offered him the chance to invest in the seed round of a tiny... 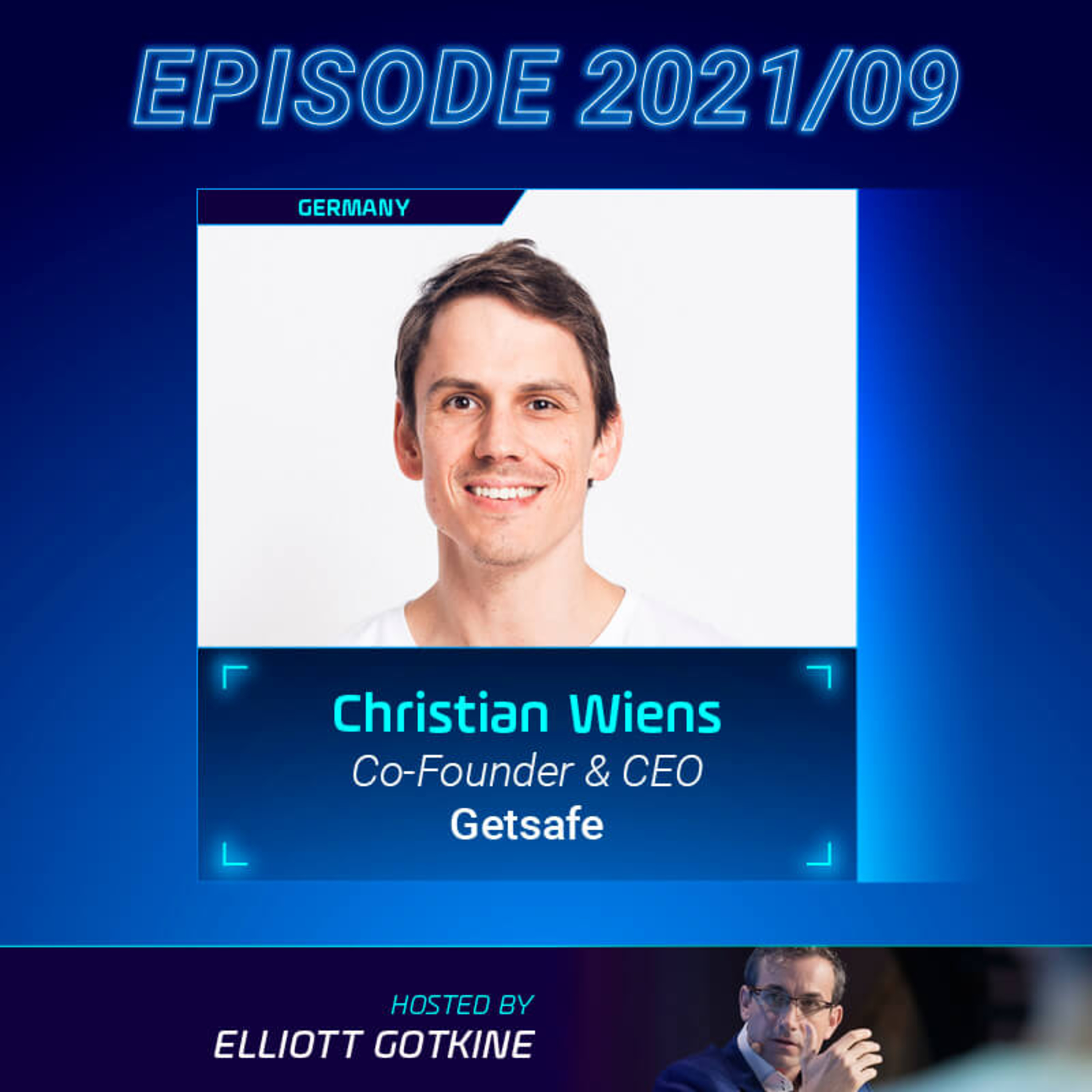 Forget glass ceilings, Christian Wiens had to break through glass doors - and be billed for them by his landlord - before being inspired to found his insurtech, Getsafe. Based in Germany, Getsafe provides coverage for everything from cars to drones to pets to legal fees. You could call it: Europe's Lemonade. 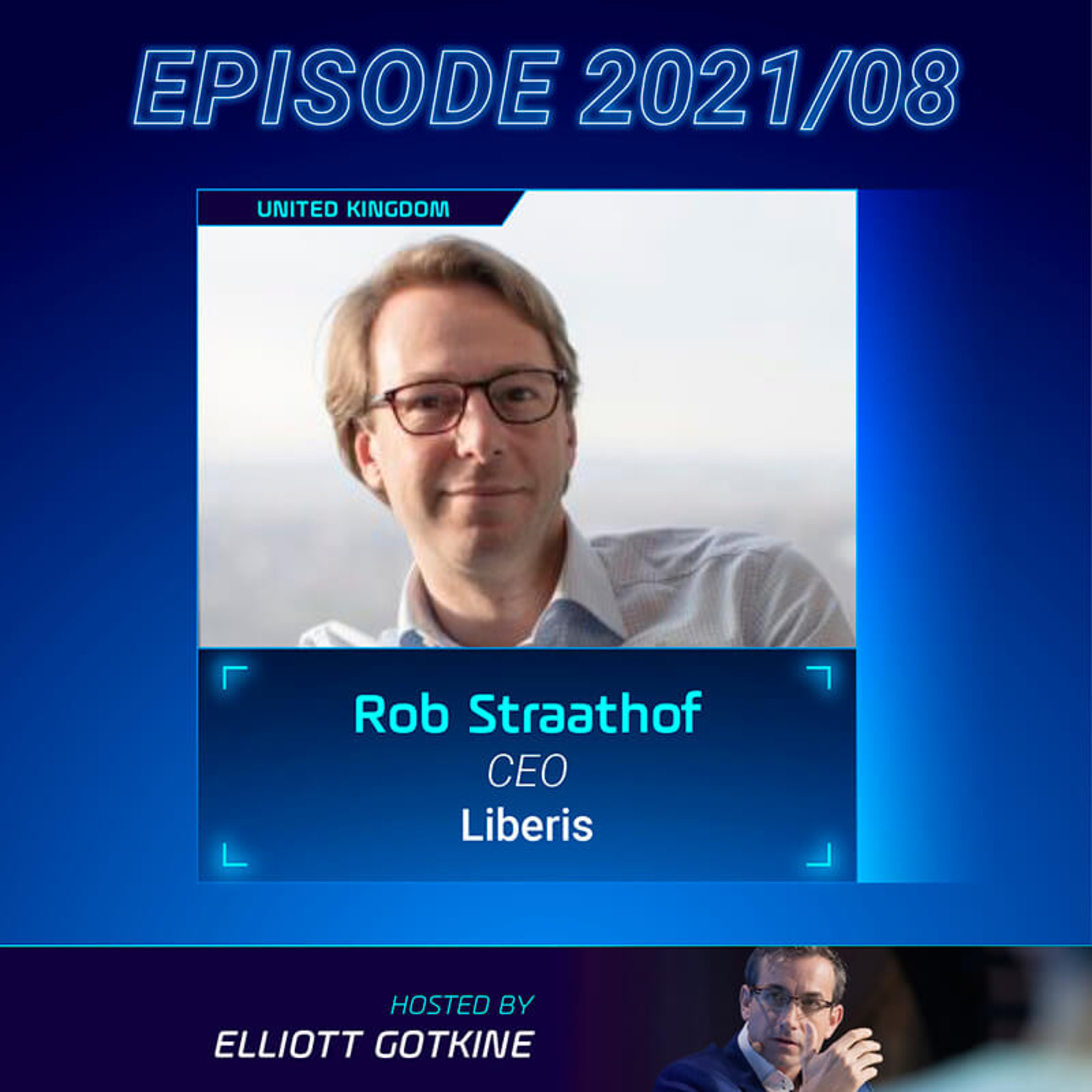 Rob Straathof is CEO of Liberis, an alternative lender for SMEs, whose technology and data enable it to pre-approve businesses for loans.
Of all the fintech founders weve had on the show so far, Robs stints as a cheesemaker and alligator-dodging pilot probably qualify him as the one with the most varied stories. And though he may never have... 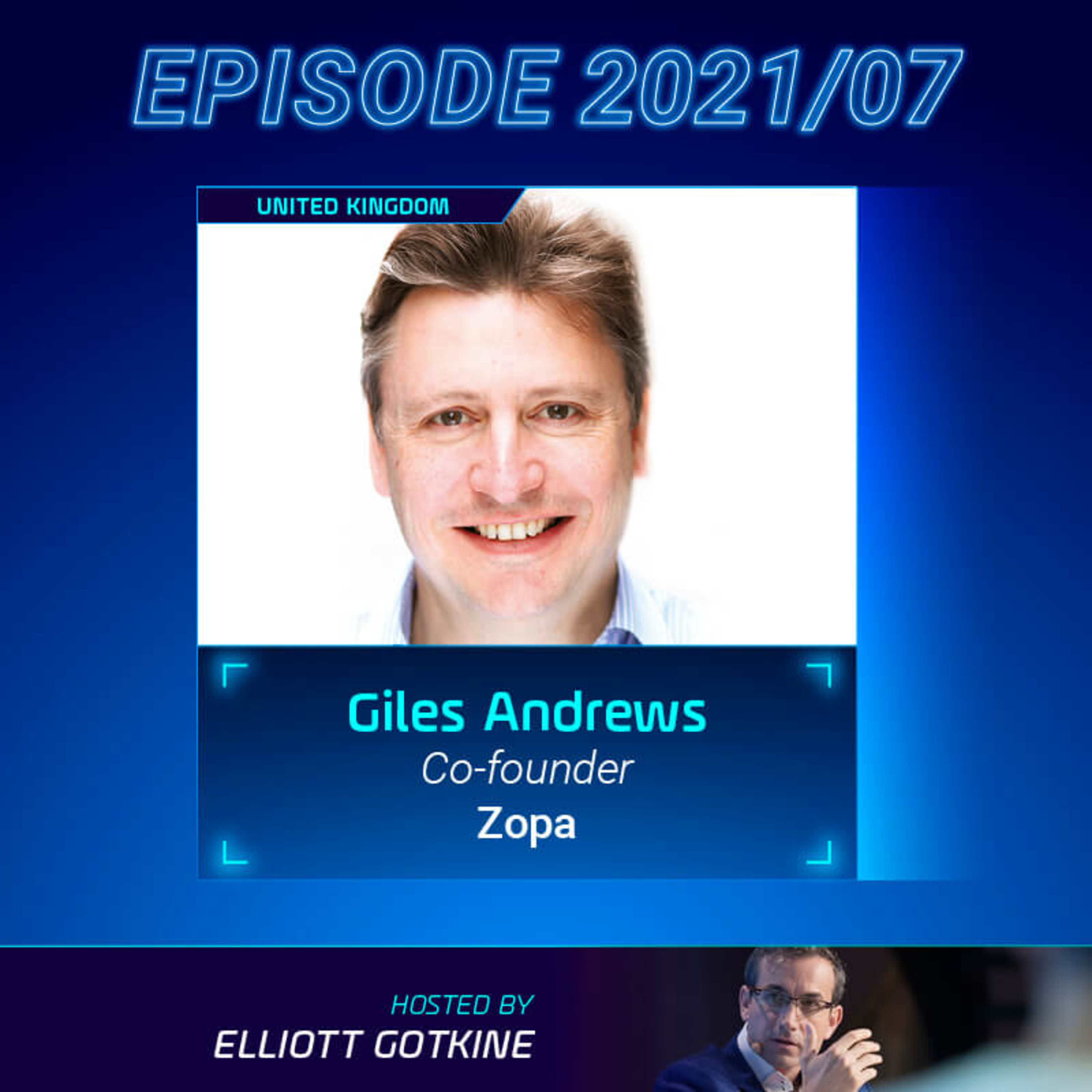 With a passion for motor racing and cars Giles Andrews wasnt always destined to found a fintech. And when he did, he almost crashed and burned. But under his leadership, he turned the p2p lending pioneer around. And while banks and other lenders were coming unstuck during the global financial crisis, Zopa sailed through - and even grew, eventually... 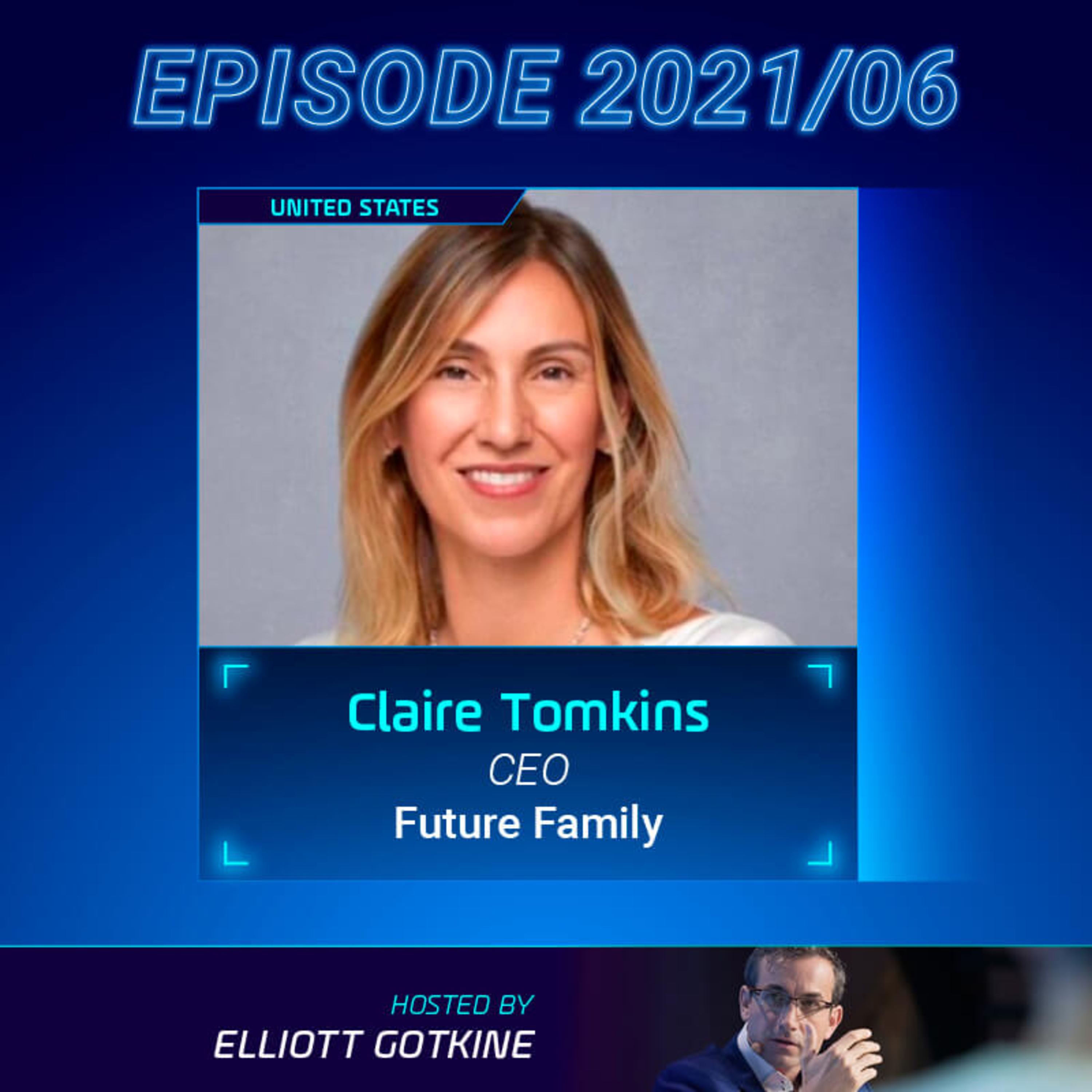 They say founding a startup is like raising a child. After blowing more than $100,000 on her own fertility treatment, Claire Tomkins did both, alongside founding Future Family - a fertility-financing fintech - to help others do the same. 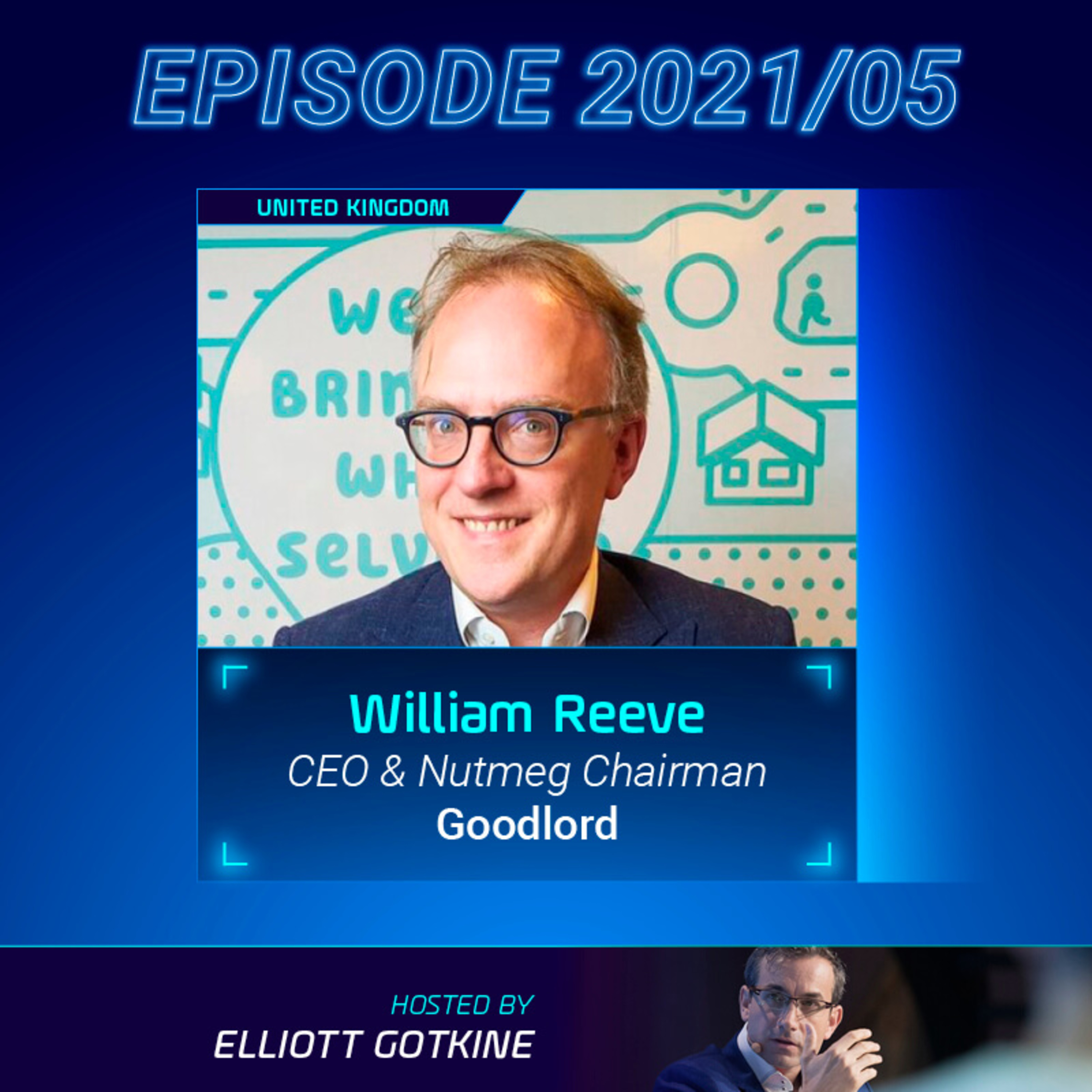 Serial entrepreneur William Reeve is CEO of lettings software platform Goodlord and Chairman of robo-advisor Nutmeg. He sold his first startup - Fletcher Research - to Forrester (just before the #dotcom bust), and co-founded Secret Escapes. But is probably best known for co-founding LOVEFiLM which, after seeing off Amazon, was eventually bought... 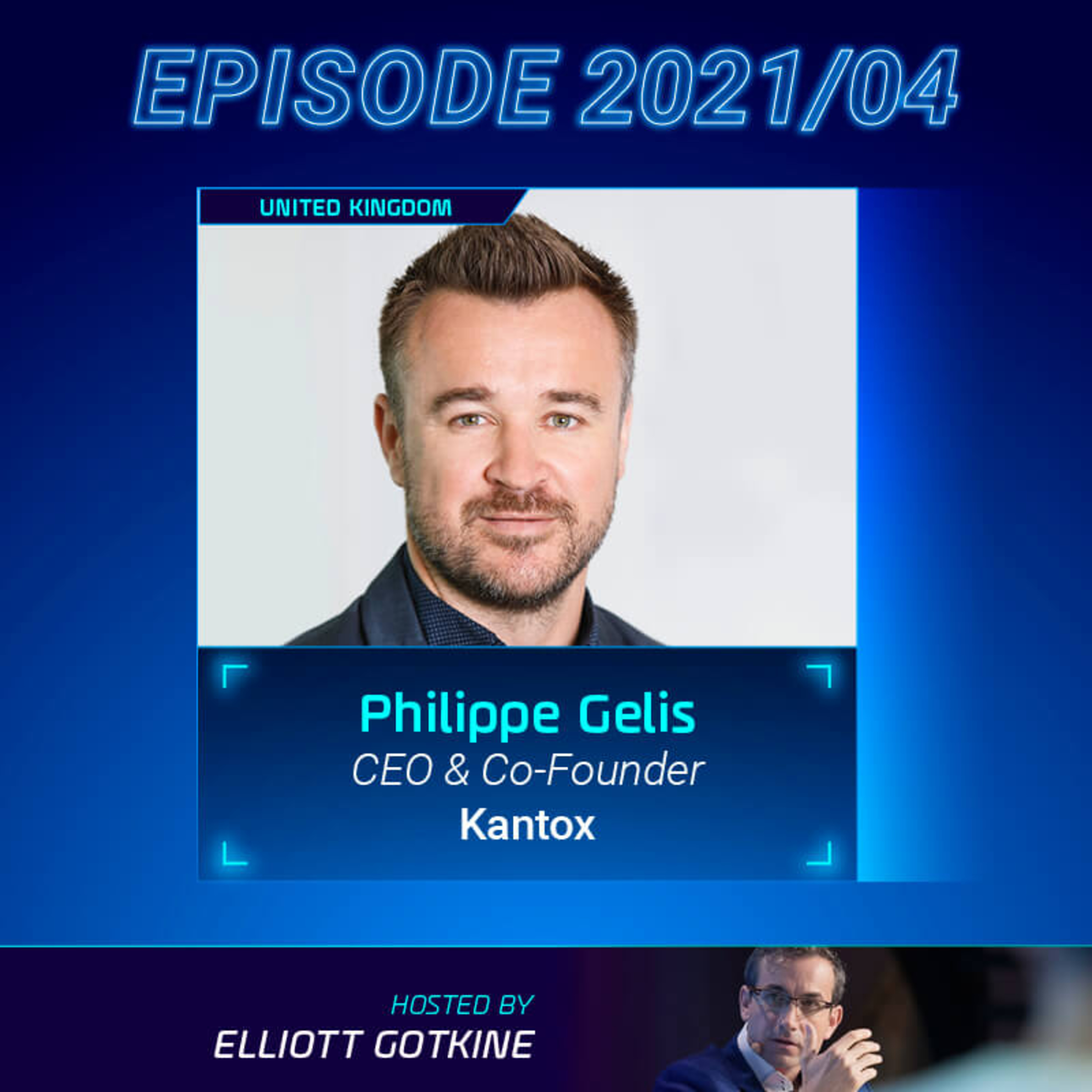 Picture this: you've been beavering away for years on your fintech. Friends and family have chipped in. And now you've just raised your seed round of 1m. Everything is going great - until your bank closes your account for no reason, leaving you with no means to receive the cash. What do you do? Philippe Gelis doesn't need to use his imagination... 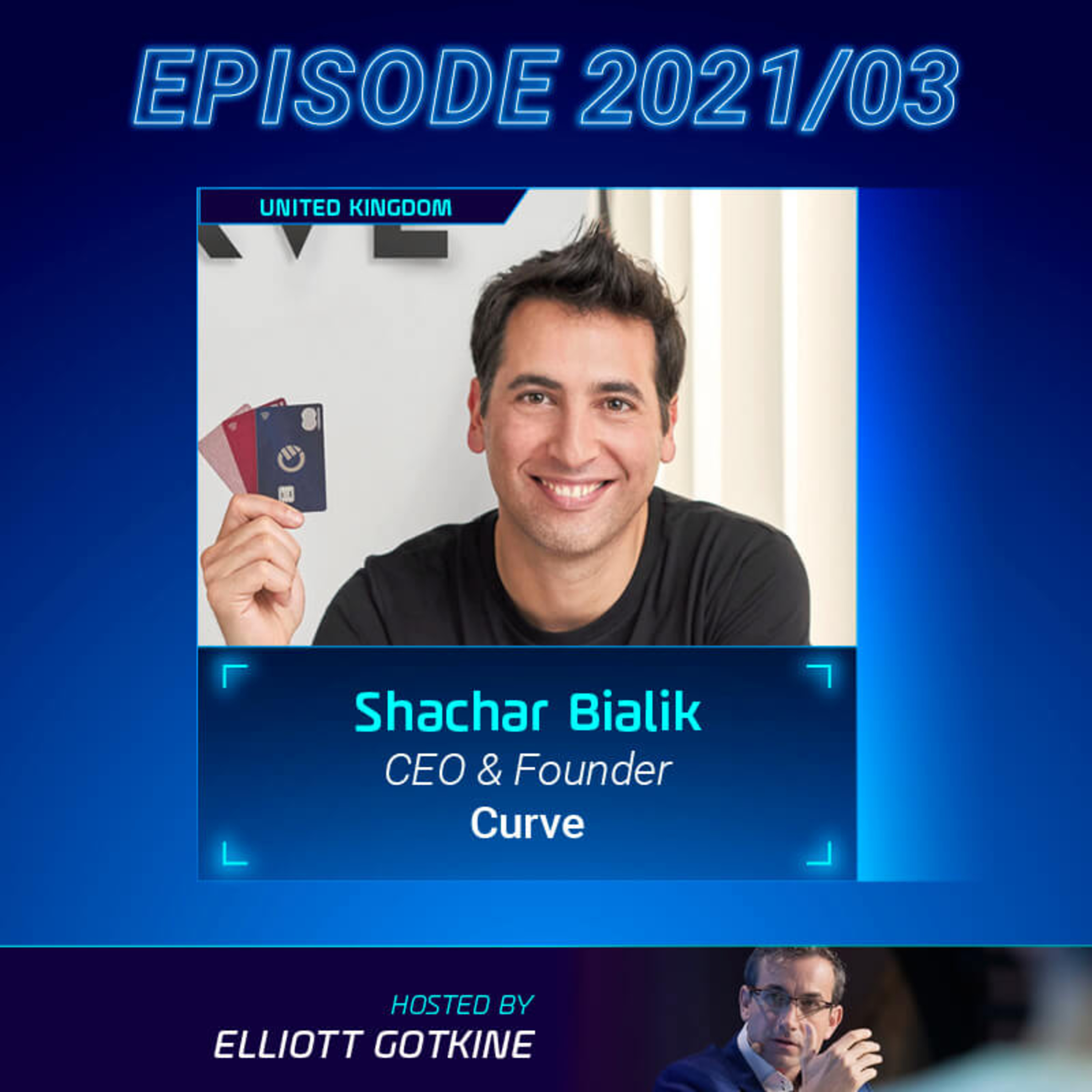 They say bad things always come in threes. Shachar Bialik would no doubt agree. Brexit and COVID would ordinarily be enough on their own to floor many businesses. Throw in the Wirecard fraud fiasco, and its a wonder hes still around to tell the tale. But not only did he and Curve survive. They thrived. The #fintech recently announced it had raised... 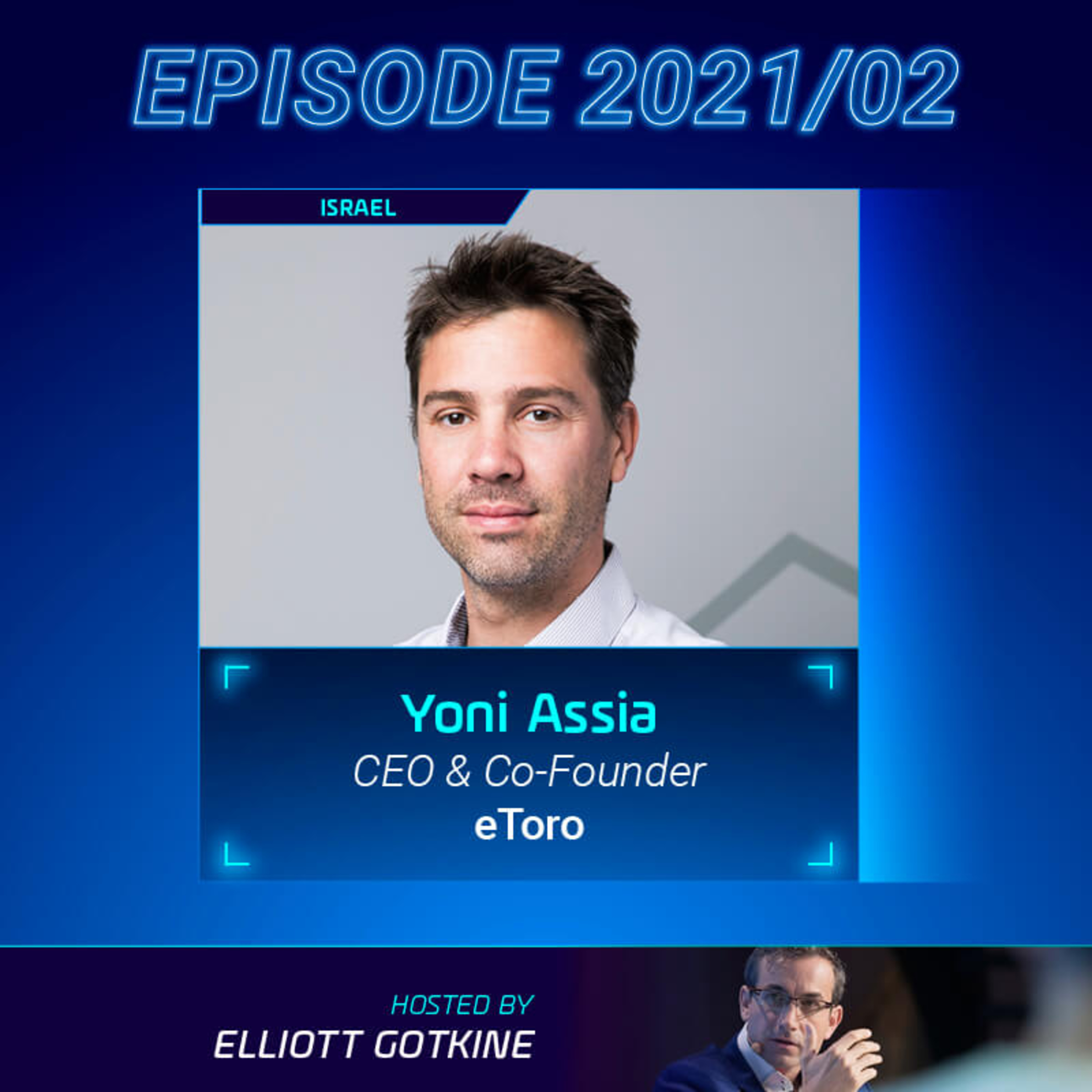 Is working in roller coasters not the perfect metaphor - and experience - for running an online trading platform? We think so! Yoni Assia, who leads social trading platform eToro, had his first taste of entrepreneurship when he founded a startup that involved installing video cameras on white-knuckle rides, and then selling DVDs to the riders as... 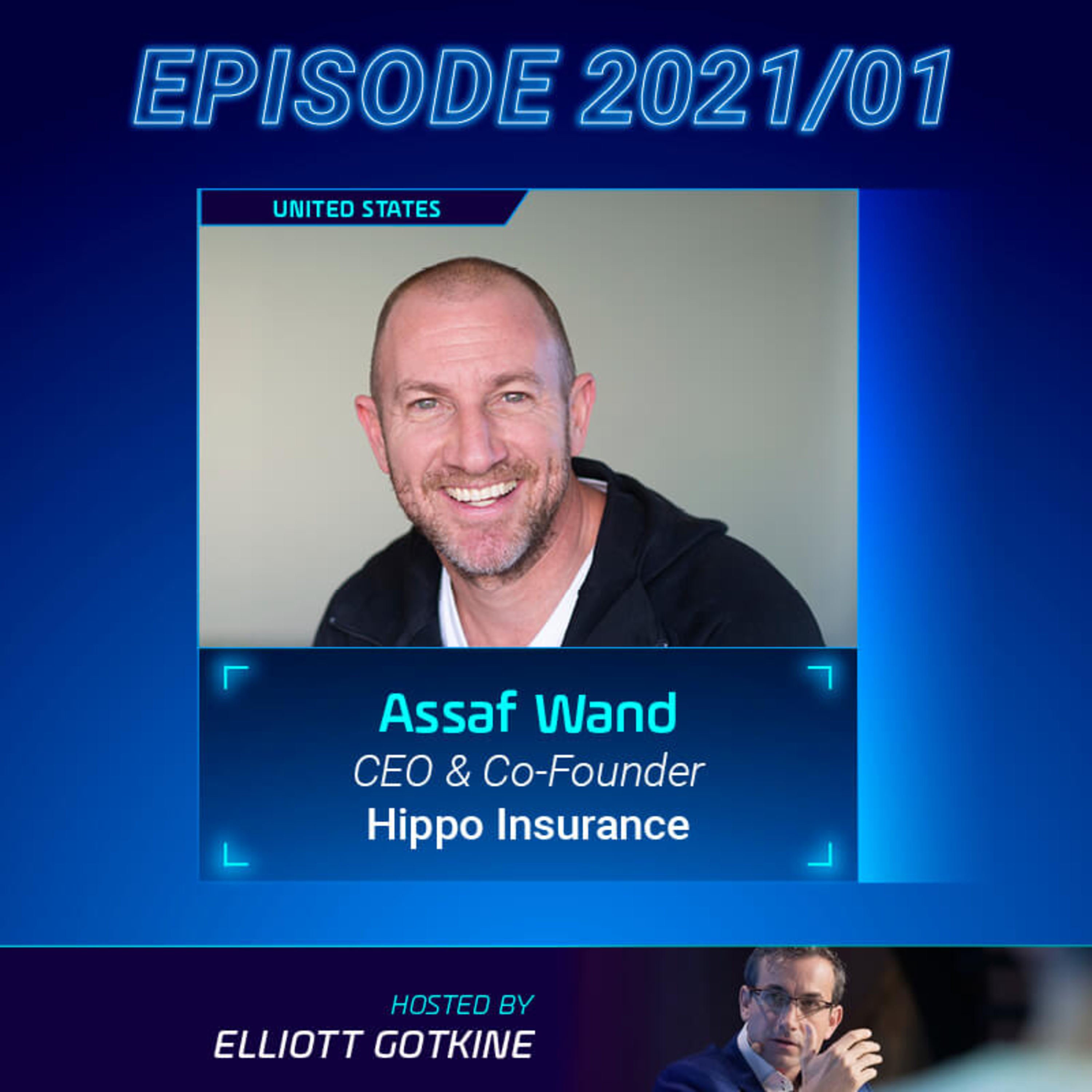 Is it an insurtech, is it a unicorn, is it a hippo? It's all three! Having raised more than $700m, Hippo - which unlike, Lemonade, is firmly focused on homeowners insurance - is one of the hottest insurtechs on the planet. An IPO may happen this year. But getting to this point wasn't a given: When we started the company," says Assaf, "the VCs kicked...